The Attention deficit hyperactivity disorder (ADHD) is a disorder that appears in early childhood and continues into adulthood. It is a condition that makes it difficult for children to pay attention and/or control their behavior. Signs and symptoms of ADHD typically appear before the age of 7. The behavior of ADHD child is different when compared to a normal child. ADHD occurs in 3 to 5 % of elementary school-aged children. More common in males than female. Poor sustained attention, hyperactivity, and impulsiveness observed in ADHD child. 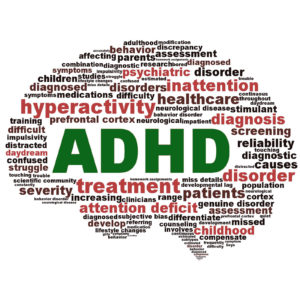 Homeopathy is very effective in reducing the hyperactivity and impulsiveness. It helps improve attention span and concentration. Homeopathy is very strongly recommended for ADHD. Homeopathy not only focuses on symptoms of ADHD but also the general physical and mental constitution of the patient, past medical history, medical history of parents, information about pregnancy and vaccination. By taking Homeopathy treatment Improvement is observed in cases of ADHD within about two to three months of medication. The entire treatment may require to be extended for over a year. The medicines used for ADHD in Homeopathy are Anacardium, Aranea, Baryta-ioid, Bismuth, Chamomilla, China, Ferrum met, Hyoscyamus, Kali Brom, Lyssin, Mancinella, Medorrhinum, and Verat-alb etc.